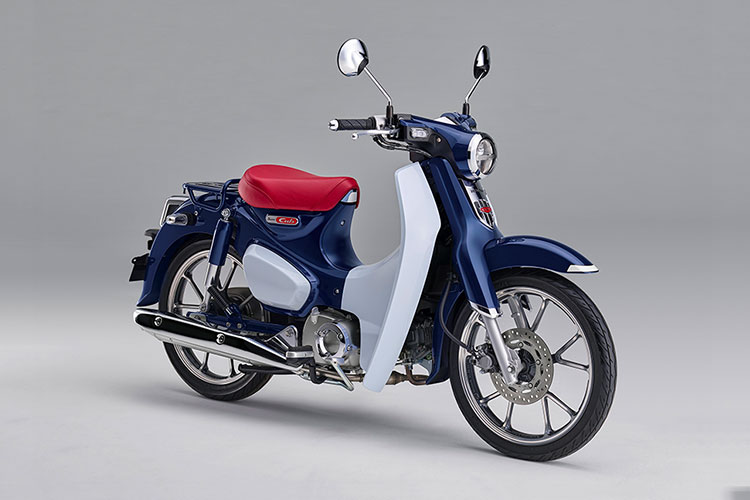 It has sold to the masses all over the world for six decades. An affordable and reliable little bike that became a classic in its own right. Now it’s back – with those unmistakable stylish and retro looks but underpinned with modern details such as front and rear disc brakes with ABS, analogue / LCD dash and full LED lighting.

The Super Cub C125 marks a new page in the unique story of a vehicle with such universal appeal that it has been sold in over 160 countries, and with such an instantly-recognisable look that it was the first vehicle in Japan to be granted a 3 dimensional trademark.

While the look does not deviate from the classic template, an increase in power and torque thanks to its 125cc engine helps keep the Super Cub ahead of city traffic; its automatic centrifugal clutch has also been upgraded to match the output boost and give ultra-smooth, quiet gear changes.